My love for shooting first was recognized in middle school. I remember buying my first gun from my father on 07/07/77. On one trip to Cabin Bluff (which now I believe is owned by Beretta), I was told I shot an entire carton of targets without missing. Every day on that same trip, we drove past Fred Missildine giving skeet lessons near Sea Island, GA. I knew I wanted to shoot, but was told by my parents that it was too expensive. [Insert loud chuckle here!]

As a freshman at Centerville High School, they would advertise during the morning announcements. “Come join the Centerville Sportsman’s Club and join Miamisburg Sportsman’s Club for one dollar.” So in the fall of 1978, I did just that. I joined and that was several “one dollars” ago! From that point on I shot nearly every Tuesday night (except during soccer season), until I graduated in 1982.

Back then I worked at the old Miami Valley Skeet Club on Sheehan Road in Centerville. Unfortunately, like so many clubs, there are houses standing there now. I still have the same shooting coach as in my high school years and he keeps motivating me to do more. His mentorship is part of the reason I decided to become a coach myself.

I was offered a college shooting scholarship, but chose to pursue one for soccer. The day I shot for the collegiate coach, I broke all my targets but one – and it was a dandy. I could not have broken it with a magic wand!

Since those days, I have been shooting at the Middletown Sportsman’s Club (since 1979), and was fortunate to have won multiple trophies at the Middletown Sportsman’s Club Mid-American and Fall Festival Championships. Trophies have been won at the Ohio State Shoot and Ohio State Southwest Zone Shoot. My winning of events even spilled across state lines – yielding trophies from North Carolina, South Carolina, Tennessee, Virginia, Georgia and Nevada. I have also shot in Indiana, Kentucky and Missouri. So you can say shooting is more than just a passion of mine.

Over the years, I have worked with many shooters and started pursuing the instruction side of the sport since 2014. I look forward to sharing my experience with all those willing to learn. 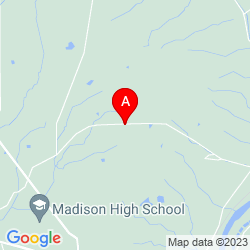